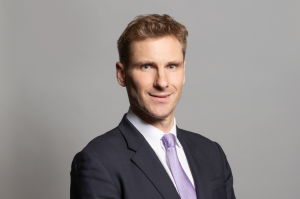 The new UK Digital Strategy will focus on six key areas and will see the government commit to rolling out 'world class' infrastructure around the country to allow the UK to harness the power of data.

Chris Philp MP, Minister for Tech and the Digital Economy, (pictured) said: "Digital technology has transformed our lives and will continue to do so. The UK's economic future, jobs, wage levels, prosperity, national security, cost of living, productivity, ability to compete globally and our geo-political standing in the world are all reliant on continued and growing success in digital technology".

With the release of the strategy, Philp has also promised that the plans detailed in the report will be delivered quickly and with clarity. As the nation looks to innovate and improve across the board, this will be a key part of ambitions to strengthen the nations position as a science and technology superpower, something that, according to the minster, is crucial to the UK's prosperity and place in the world.