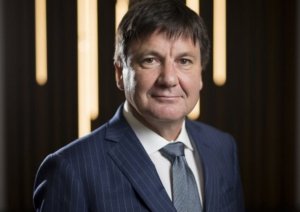 John Edwards starts his five-year term today, having held an equivalent position as Privacy Commissioner in New Zealand for the past eight years. He takes over from Elizabeth Denham, who occupied the position until the end of last year.

The new Information Commissioner starts his job with a full in-tray.

The Online Safety Bill, which seeks to tackle harmful content online, is progressing through Parliament amid criticism that current drafts do too little to protect the personal data of the users of online platforms.

A government response to a public consultation 'Data: a new direction' launched last year to inform the shape of the UK's post Brexit data protection provisions is also expected in the Spring.

And there are the ongoing legal battles with the deep-pocketed tech giants, which, as the outgoing commissioner pointed out in an interview with the BBC have resources larger than nation states when it comes to lobbying and litigation.

Privacy campaigners will be keeping a close watch on the ICO under its new leadership, in the light of what they see as government attempts to neuter the data protection watchdog in order to oil the wheels of post-Brexit trade deals.

Elizabeth Denham has joined legal outfit Baker McKenzie as a consultant, a move that has raised eyebrows as this firm represented Facebook when the ICO took it to court over the Cambridge Analytica scandal.