A great day at Cromford Mills 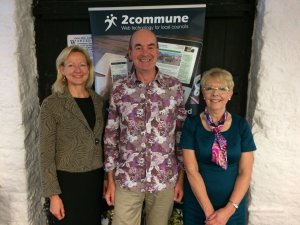 Derbyshire Association of Local Councils 71st AGM was held in the Gothic Warehouse at Cromford Mills. Cromford Mills was the first water-powered cotton spinning mill developed by Richard Arkwright in 1771. It is the birthplace of the modern factory system and internationally recognised as a UNESCO World Heritage Site.

The day included a fascinating presentation on how to produce a good press release and concluded with a networking lunch followed by a tour of the site.

The picture shows Wendy Amis (left) and Glen Ingham (right) from DALC with Ray Smith from 2commune (in the middle).